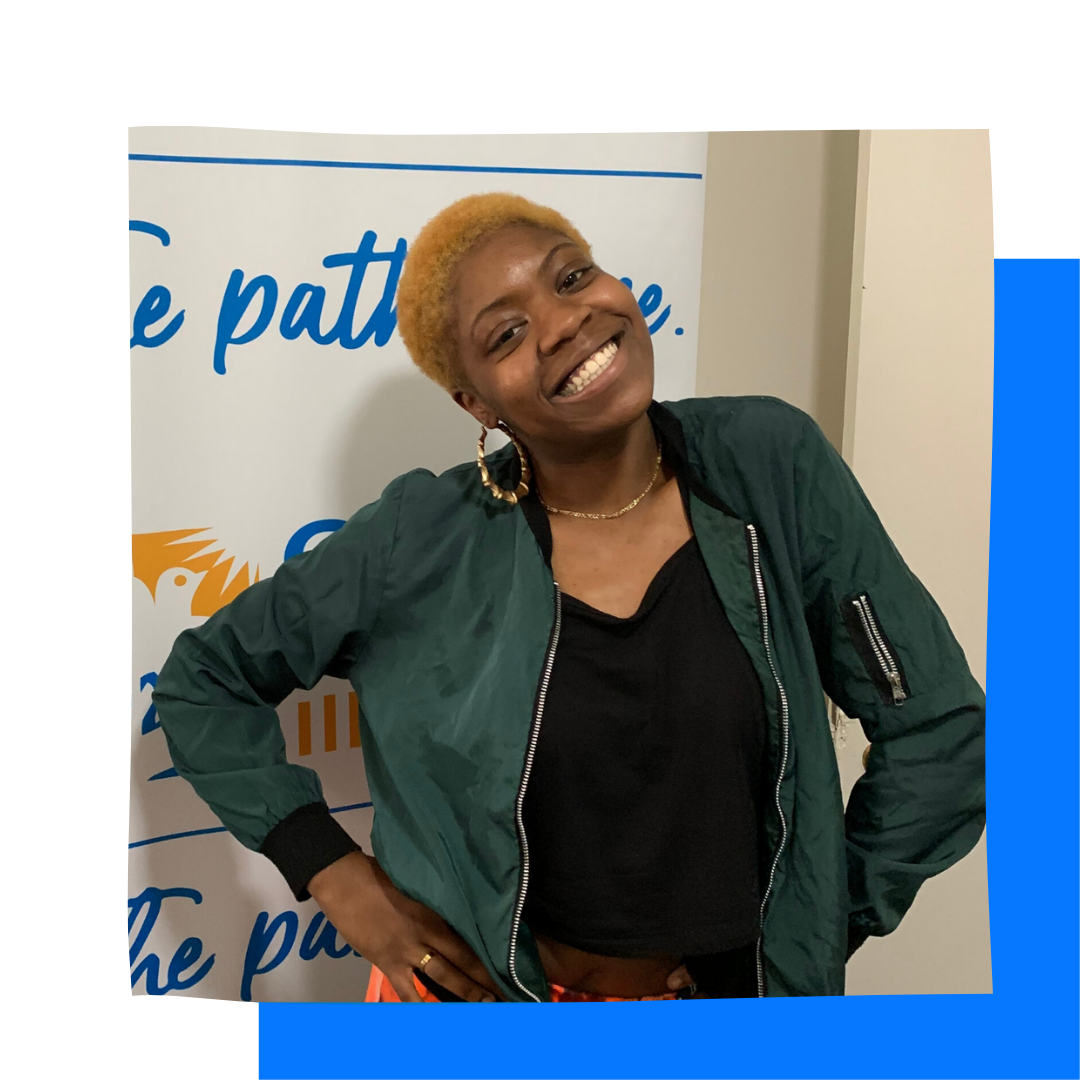 Lajada watched the video of the murder of George Floyd at the hands of Minneapolis police with the horror and outrage that has gripped so many people across the United States and around the world. A resident of Covenant House Illinois, Lajada felt she had to channel her indignation and make her outrage heard. She would do it, she announced, by discharging herself from our program and confronting the police in Chicago.

But she didn’t leave immediately. Instead, Lajada took her plan to the Executive Director of Covenant House Illinois at the time, Cheryl.

She told Cheryl that she was tired of the discrimination and violence in policing that are consistently directed against black and African American people. “I feel like this has been going on for a long time. It’s just in our faces now. It’s no longer behind a TV screen,” Lajada said.

Cheryl didn’t dismiss Lajada’s desire for racial justice. As the two women spoke, Lajada decided to continue at Covenant House, where she had a safe bed, food, mentors, and programs to guide her out of homelessness and onto a path toward a sustainable and independent future. But they also worked out a plan for Lajada to lead a group learning session with other young people at Covenant House. Together, they created a facilitator’s guide, worksheets, and posters to announce the event.

Lajada brought the poster featuring herself as lead speaker to her job at a local grocery store and told her coworkers and management that she was now a celebrity. The store got behind Lajada and offered to prepare lunch for the youth who attended the workshop.

“It was a powerful session,” Cheryl said afterward, “one that included messages about safety and using 'the power of the pen’ to write legislators and advocate for change.”

“Youth should advocate,” Lajada said. “If something is wrong, youth should be able to speak up. At a certain point, silence is betrayal. How can you see someone being mistreated and not speak up?”