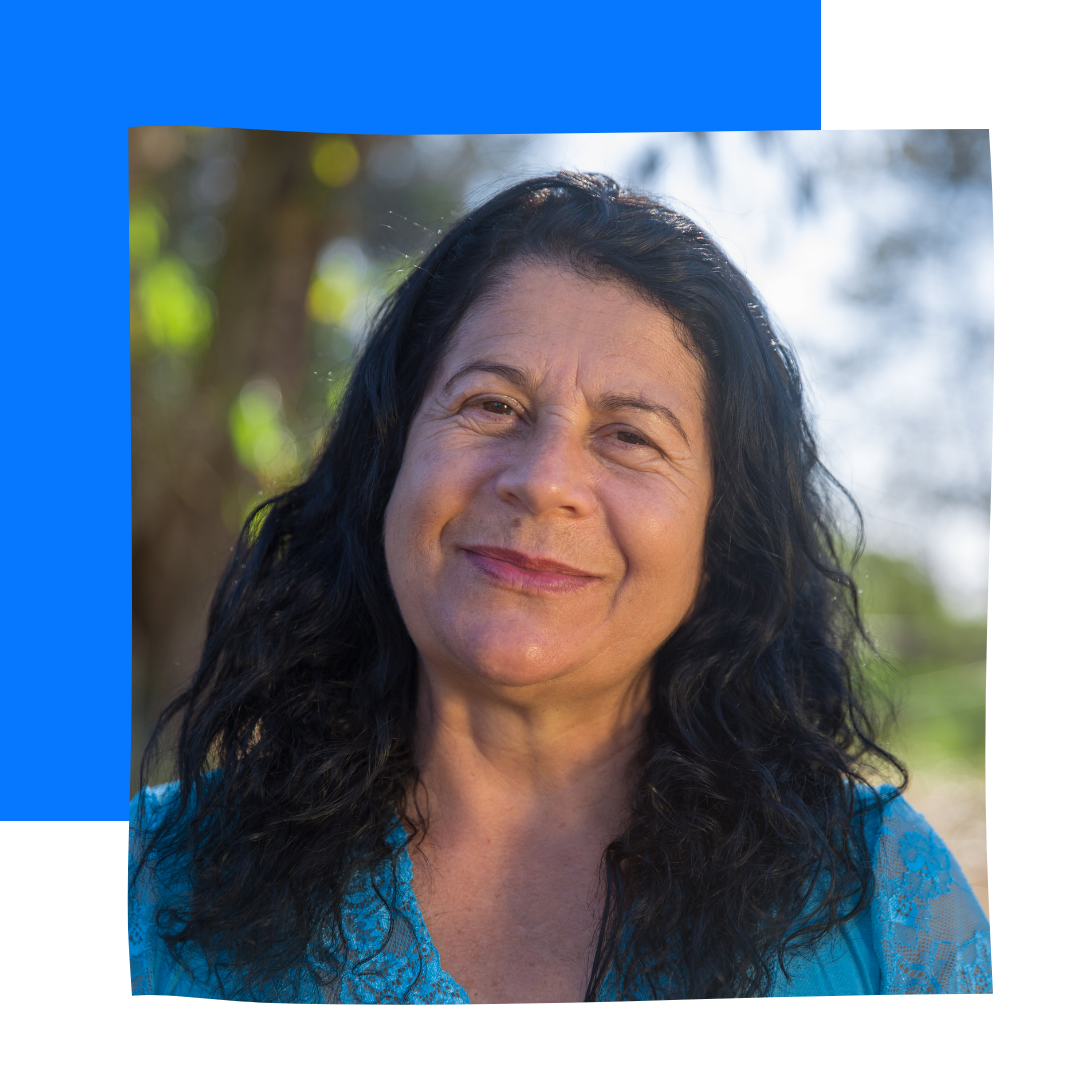 DeeDee is 55 years old and lives in Saratoga Springs, NY, where she was a teacher for ten years before joining an organization that serves adults facing homelessness.

In January 2021, DeeDee saw a commercial for Covenant House on TV and was transported back to a much different time in her life. You see, when DeeDee was 15 years old, she left her home in Connecticut and hitchhiked with a friend to New York City. At the time, she felt very isolated and depressed because her parents were active substance users and they mostly ignored her. They had no connection to what was happening in her life, including her school experience. She truly believed that they would not even know she was gone.

Upon arriving in New York City, she and her friend went to Times Square. This was 1980 and the area did not feel safe to them. While walking around, DeeDee noticed the Covenant House sign on a building on 44th Street and said to herself, “if I get into any trouble, I am going there.”

Only a few hours later, trouble found DeeDee and her friend. The two young women were held at gunpoint and sexually assaulted. She was terrified. DeeDee managed to escape and ran straight to Covenant House.

Our staff welcomed DeeDee with open arms. They helped to calm her and created a space for her to sleep. They offered her a hot meal and gave her a warm wool blanket that she wrapped around herself to feel safe.

DeeDee stayed at Covenant House for a week. Each day, she spoke with a staff member about what was happening in her life. They listened to her and they helped her identify ways in which she could return home and live harmoniously with her parents. When she left Covenant House, she kept the blanket they gave her on the first night.

While DeeDee says that her life was far from perfect, she did reintegrate into her household and began speaking more openly with her parents about their substance use and how it made her feel. She said that on more difficult days, she retreated to her room and wrapped herself in her Covenant House blanket because it reminded her about the people and a place that made her feel safe and loved.

When DeeDee saw Covenant House on her TV more than 40 years later, she was moved to make a donation and share her story. She told us how she graduated from the University of Hartford and earned a masters degree in special education, about her small online boutique that sells crystal crowns and headbands, and about earning her second-degree black belt in Taekwondo.

And importantly, she said even though it took her four decades to reach back out, she has never forgotten how she was treated on that first night at Covenant House, and how much different her life could have been if she had not found sanctuary with us.